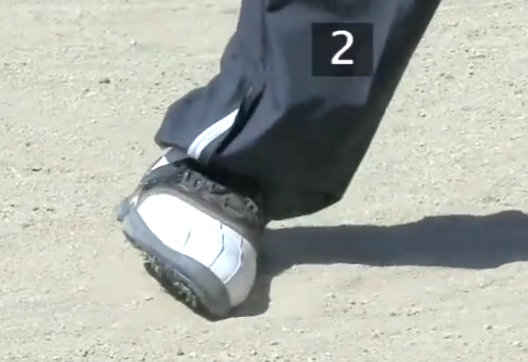 The long fairway bunker shot ranks right up there with the hardest shots in golf for the everyday golfer. It’s the kind of shot where success has a set of rather low expectations. It’s not how close to the green you get, as long as you clear the bunker and actually have to get in your cart to hit the next shot.

Most of the advice on this shot is pretty straight forward: stand more upright, choke up on the club, hit the ball first. Some suggest that you dig your feet in, which would seem to counteract having choked up, while others say stay on top of the sand.

In this video Rickard Strongert advises, in addition to what you might expect, something a little different. The left foot stays on top of the sand while the right digs in at an angle to help keep you in position during the swing. This action might bring into question if this can be considered a violation of  “Rule 13-3 Building Stance.” I will ask the rules guru Barry Rhodes what he thinks. However, Rickard’s solution should at least give you a sense of what it should feel like to hit a clean fairway bunker shot.

Barry Rhodes, Rules of Golf, was kind enough to give us his opinion, which is good enough for me to feel that Rickard’s stance is legal:

“in my opinion, the player in the video is taking a firm stance on each occasion, which would not incur a penalty. He is explicitly digging in his right foot to prevent himself from slipping during the stroke. However, I can see that others may see it differently.”