How To Improve Your Fairway Bunker Shots 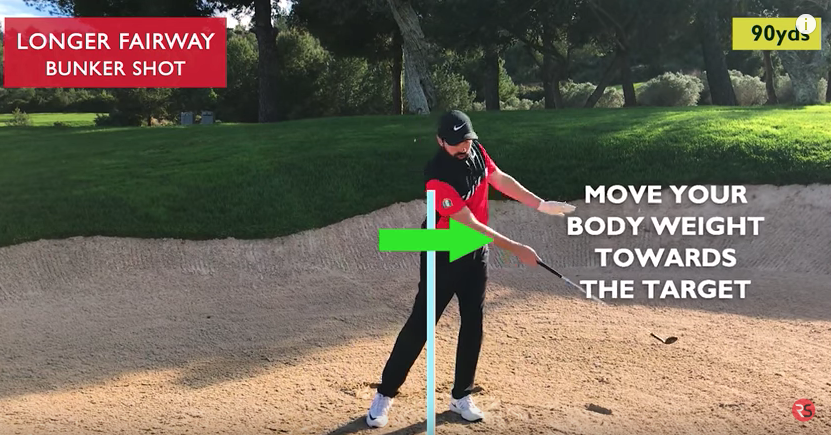 In reviewing videos on how best to escape a fairway bunker, I found that there are rather different approaches, even on some of the fundamentals of this shot. Some say you should dig your feet in to better anchor yourself, while others say dig lightly to stand higher. Some say position the ball in the front of your stance, yet others say in the back of your stance. But they all agree that you should hit more ball than sand.

In this video Rick Shiels addresses these issues from 3 different distances to the flag: 90 yards, 70 yards and 40 yards. Since the 90 yard swing is a full swing, I would imagine it would be the same approach for fairway bunker shots greater than 90 yards. Although, from each of these different distances he changes his approach slightly, one fundamental remains the same.

And that is the one thing in Rick’s approach that I did not see in any of the others; the importance of moving your body toward the target during the swing, which in turn improves the likelihood of hitting more ball than sand.

Update: Using Rick’s technique, today I hit a career fairway bunker shot from 170 yards to about 15 feet from the hole. It was so exciting, until my buddy told me I hit his ball. But it was still a great shot.