The Tiebreaker At The 19th Hole 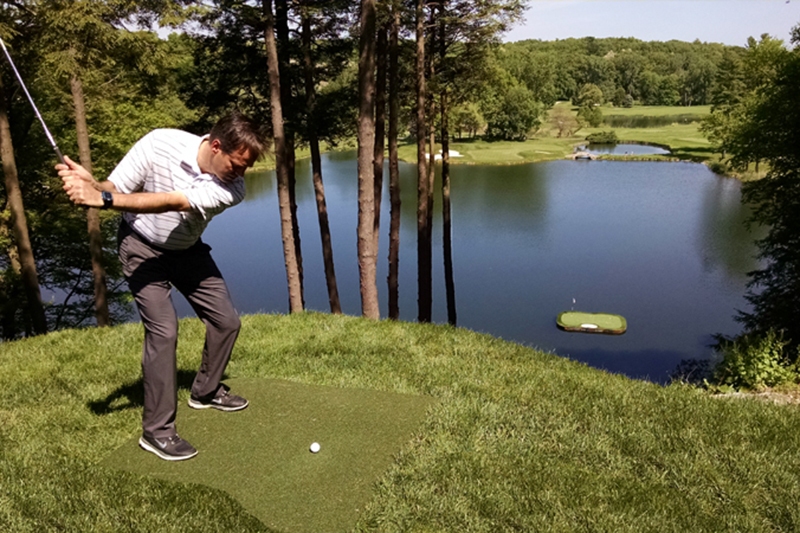 If you’ve ever played in a club tournament you’ve probably encountered the situation where two or more teams are tied for the prize. The USGA recommends that the best way to break a tie is a playoff; however, you usually don’t find out there is a tie until you are all seated for lunch, working on the first beer and then the pro announces the standings. At this point no one would even entertain going back out on the course.

Wisely, the USGA also states that if a playoff is not feasible, then the next best thing is a last nine hole card off: the winners are determined based on the last nine holes, but if the tying players have the same score for the last nine, then it is based on the last six holes, then the last three holes and finally the 18th hole. If the competition was a shotgun start, it is recommended that the nine holes be 10-18, 13-18, etc. This method, or some variation, is the method most often used as a golf tiebreaker.

But what if you could just walk out the patio door and have a shootout at the 19th hole – to a floating green? Now that would be a blast – and could even turn into an event of it’s own; and that’s exactly what you can do at the GlenArbor Golf Club in Westchester NY.

June 2, 2015 presented by Golfers Report in Golf's Lighter Side