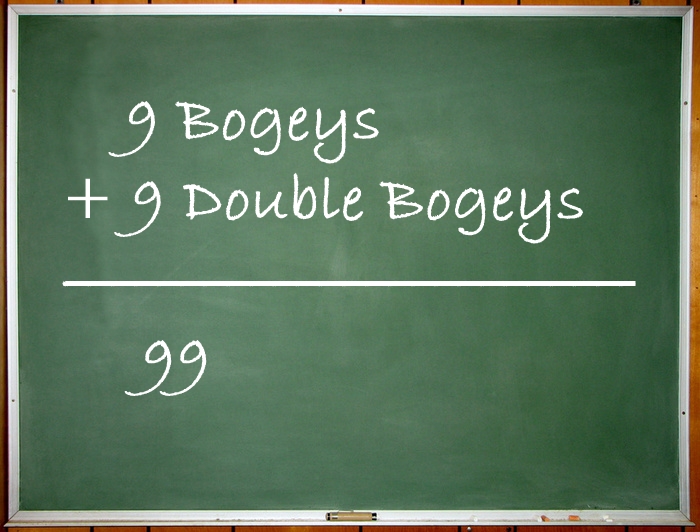 When I first started playing golf I thought I would never break 100. But It never really occured to me to build a plan that would guide me toward breaking 100. So, I did what most new golfers do – just kept playing, took a lesson here and there and eventually, I hoped, I would break 100, and I did. But wouldn’t it have been smarter, and have happened sooner if I had in place a plan every time I played to break 100? For starters, it may seem obvious, but all you need are 9 bogies and 9 double bogies to shoot 99, and voila, you have broken 100. Sounds easier said than done? Just read Matt Saternus’ post for an an easy to follow, step by step program and I think, if you follow his instructions, you too will break 100; sooner rather than later.