When It Rains Golf Balls At Your Charity Event 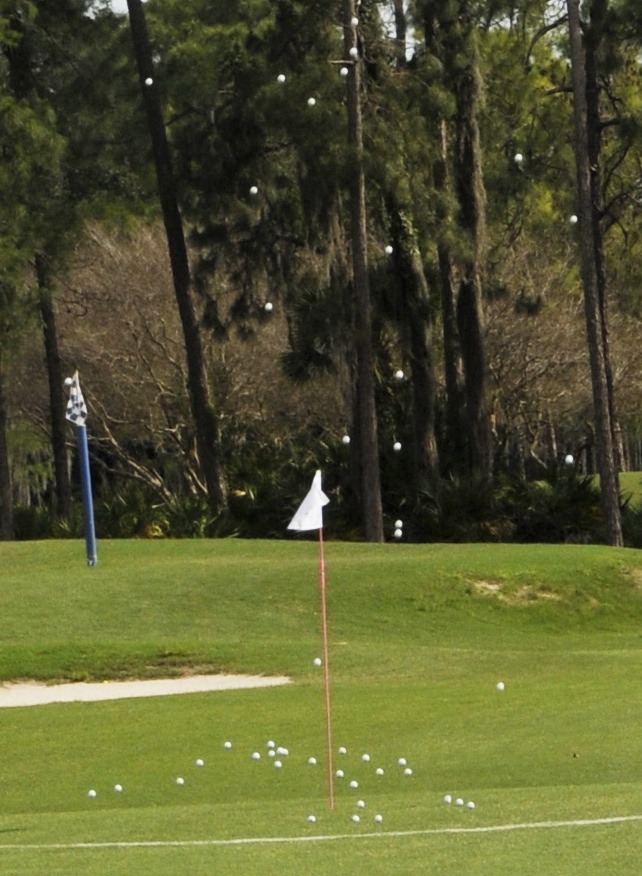 Golf and charity go hand in hand. If you watch PGA golf tournaments on TV, then you know that the PGA has raised a lifetime total of $2.46 billion for charity. That is a very impressive number. But, you have to wonder how much is raised, day-in day-out across the country by local charities, using golf as the venue to attract donors. I wonder if the National Golf Foundation knows the number; in any event I will bet the number is pretty large.

With so many charities in search of fund raisers you would expect that all these creative minds might have invented all sorts of events. Yet it seems that the most common event is the golf tournament – you just sign up foursomes for any amount you think the traffic will bear and then sit back and count the donations. Well, if you have ever run a golf tournament you would know that there is an awful lot of work involved both before and during the event. Actually right up until the event starts you are never quite sure of the turnout.

So, Kate Kerwin, from Naples, came up with a much more creative, and less labor intensive, event for her annual Relay For Life event. It is called “Closest To The Pin.” But in Kate’s game you leave your golf clubs at home, and your handicap doesn’t even matter. So how do you get close to the pin without using golf clubs? That’s easy. You use a helicopter.

So instead of taking out your trusty 6 iron, you simply buy a ball for $100, or you get 10 of your frugal golf buddies together and chip in $10 to buy a ball. You even get to select what number you want on the ball – the number 11 was the most requested number, and this isn’t even Vegas. Kate’s goal was to sell 150 balls, and she was so confident that she could reach that goal that she guaranteed a $5000 winner take all prize, no matter how many balls were purchased.

Kate came really close with 135 balls sold, which you have to admit was pretty good. But it got even better when John, one the club members, who does not like games of chance, decided that in memory of his wife Nancy he would buy the shortfall so they could reach the goal of 150 balls.

O.k., so now they took all the numbered balls and placed them in a basket and loaded them onto the helicopter, which by the way costs less than you might think. My guess would have been a couple of thousand dollars. In fact the cost was equal to only 7 of Kate’s golf balls – but even this cost was donated as was the pilots time. So we are talking pure charity-profit here.

Now here’s the best part. Kate set up a bar and a buffet around the drop zone, so everyone could have a good time while they waited to watch the balls drop. Sort of like waiting for the ball to drop at Times Square on New Year’s eve. First you hear the roar, and then the helicopter comes into view, does a few passes over the drop zone, hovers over the pin and to the cheers of the crowd drops 150 balls onto the green.

And the winner is – ball 139, which came within 9″ of the pin. By the way, ball 139 belonged to John – which goes to show you that it always pays to be nice. Kate and her Relay for Life team brought golf charities to a whole new level – but what else would you expect from the #1 Relay team in Florida and #6 in the country.

August 2, 2013 presented by Golfers Report in Golf Giving Back